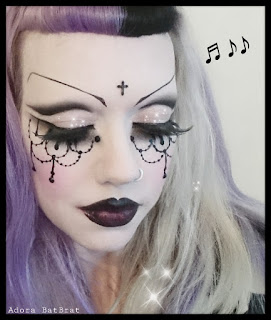 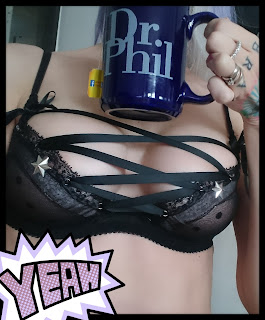 For Friday's it's drinking my morning tea out of the Dr Phil mug I got as I was an audience at his show in L.A. last year. I also always tries to look a bit extra special for my forever love.
Accordingly to The Cure Friday's are for love, so I better listen to what they say. 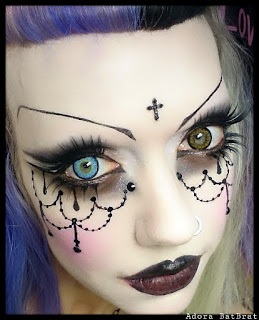 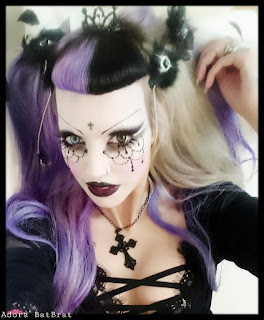 This is another version of my very popular Chandelier make up tutorial.
As I've seen on social medias the one I did a tutorial about have been used by so many since I created it. It might even be more popular than my swirls :) And no wonder, it always looks so explicit! One girl even told me she was accepted into Beauty School because they were so impressed by her make up as she did the one from my tutorial. Cool!
And it's really easy to do so everyone can easily do it! Just lines and dots! 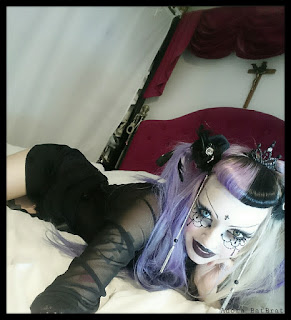 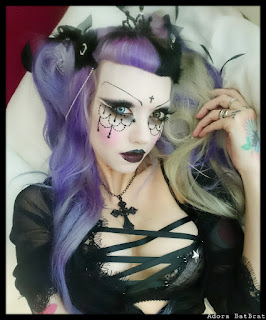 I always get a lot of questions about this bra, but it's an old one I hated and was about to throw away that I decided to re-model, and this is the result. I like to craft :)
The lovely mesh robe is from Unholy Clothing.
Upplagd av Mamman kl. 23:11